Sydney hosted the fourth Invictus Games in October 2018. Through JamTV, we’re proud to have helped tell the stories behind the competitors for host broadcaster ABC.

We’re proud to have helped Bill Proudman and Ross Johnson get Bill’s memoir off the ground and into its second print run. Mr Proudman was a foundation staff member of The ‘QEH’ and a member of the team responsible for the first successful live donor kidney transplant in Australia, in 1965. Written to celebrate the 60th years of serice, it’s an ‘insight into the evolution of a medical institution and the personalities who shaped the hospital’s character’.

The XXI Commonwealth Games on the Gold Coast in Queensland were spectacular. We were privileged to be involved working to provide content for the host broadcaster, NEP, and broadcasting commentary for Channel Seven.

In September 2017, The Law Society of South Australia responded to a perceived crisis affecting the profession by launching an online course addressing mental health.

McAvaney Media Pty Ltd is proud to supply video content for the project to coincide with the 2017 nationwide ‘R U OK?’ day. 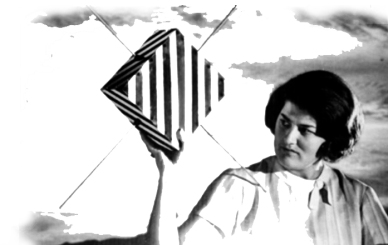 The Satellite: The improbable true story of Australia’s first spacecraft

It’s the 1960s and a group of space-obsessed youngsters decide to join the space race by building their own satellite – despite the fact they have no money and no idea how to go about it.

‘The Satellite’ is the story of Australia’s first spacecraft – ‘Australis-Oscar 5’ and the unlikely lads who sent her into orbit.

Movie rights for Ted Setnikar’s biography The Lacemaker’s Son have been snapped up by Slovakian film-maker Miha Ferkov. We’re looking for an Australian production partner, expecting to start filming in 2018.

Meanwhile, the book is now in its fourth print run, released via Amazon and Smashwords, in addition to its availability in print through http://www.huttstcentre.com.au.

A bit of background:

We work with Ted at Adelaide’s Hutt St Centre for the homeless where he’s a chef and volunteer. We published his biography in April 2014, detailing his remarkable childhood in Slovenia. After his mother was struck and killed by lightning, Ted’s alcoholic father sold him into servitude at the age of four—for the price of a bottle of schnapps and a handful of cigarettes.

His escape from Tito’s Yugoslavia took him to South Australia, where eventually he attended a creative writing class run by author Kerry Kenihan. Kerry has been responsible for encouraging Ted to finish his life story, despite his dyslexia, and writing in his second language.

All profits from the book have gone back to Hutt St Centre, where Ted continues to work in the Meal Centre, serving the homeless and disadvantaged in his adopted home city, Adelaide.

Ted envisages George Clooney will snap up the role.

This site uses Akismet to reduce spam. Learn how your comment data is processed.